…aaand the fun keeps on coming!

Suck on it, Narconon! 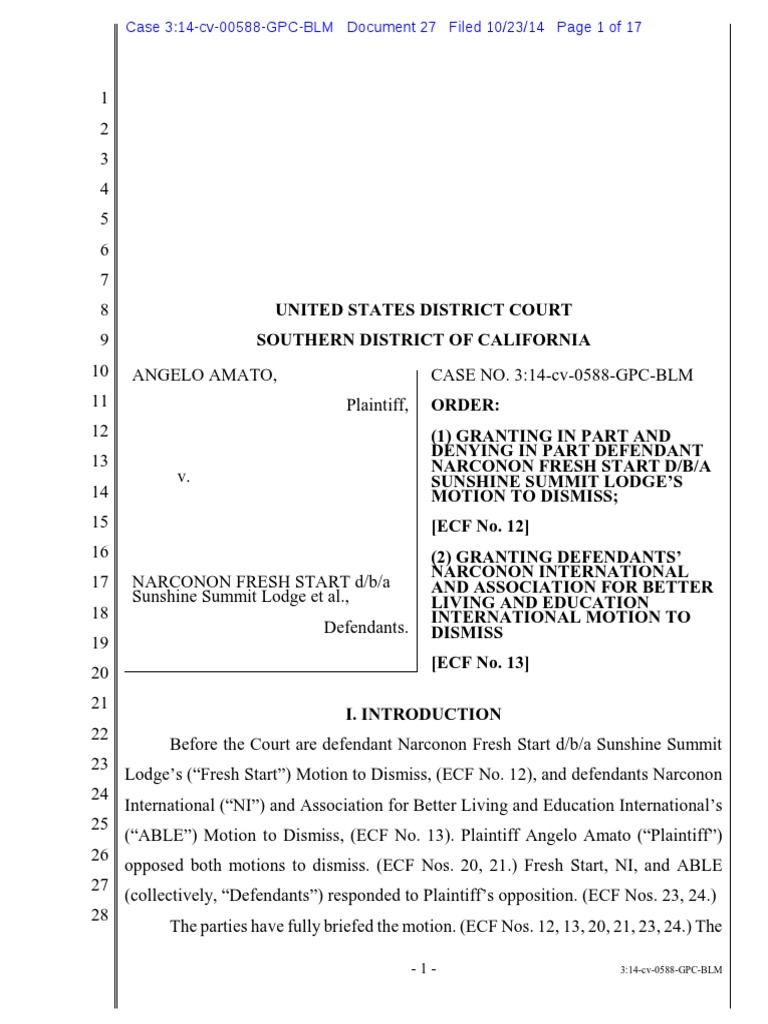 Narconon's Motion to Dismiss is granted in part and denied in part, with leave to amend by plaintiffs 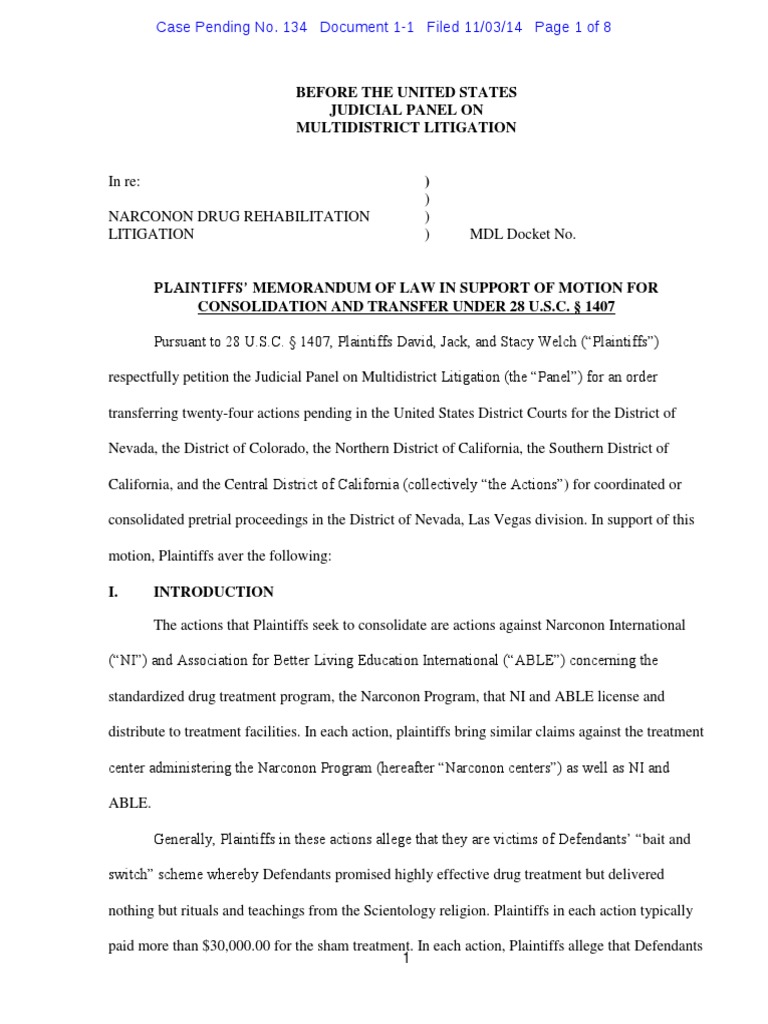 Ryan Hamilton proposes that the more than 20 lawsuits he's filed in federal court against Scientology's drug rehab network be consolidated in one big case.

The law firm is based in Minnesota, but it's attorneys are licensed to practice in other states. The ad, specifically, declares Narconon to be linked...

Narconon International Drug Rehab Centers, which are reportedly controlled by the Church of Scientology, have been accused of deceitful marketing tactics, under-qualified staff, improper treatment procedures, unsafe conditions, and even death. If you or a loved one paid for treatment or stayed in one of the Narconon Drug Rehab Centers you may be entitled to compensation. Call us now, toll-free, at 1 (800) 438-6453, or complete the Quick Intake form to receive a free case evaluation.

Due to a report citing three deaths at the supposed Scientology-linked Narconon drug rehab center in Oklahoma, the former president of the facility, Lucas Catton, and a former executive at another Narconon facility in Michigan, Eric Tenorio, came forward to NBC News’ Rock Center with details regarding the dishonest and dangerous practices used by the company.

Narconon Rehab Centers are Based on Deception

Both Catton and Tenorio have alleged that Narconon “preys on vulnerable people” through deceitful marketing techniques. Narconon advertises a false success rate of 75% to lure in desperate families of drug addicts. Catton says the actual success rate of patients is closer to 25%. Patients are often referred to Narconon through “independent help lines” on the Internet. Catton said he earned a 10% commission, or about $3000 for each new Narconon patient he referred, using a series of non-branded, generic websites to lure in people looking for treatment for problems with drugs and alcohol. He never revealed to families his financial connection to the Narconon program.

Tenorio showed Rock Center the official-looking certificates he purchased for himself as his staff for several thousand dollars from an organization called Pita Group, a group that supposedly requires twenty hours of training and two years of experience to obtain certification as a counselor for drug and alcohol addiction. Tenorio claims that the “Certified Alcohol and Drug Counselor” certificates are “absolutely fraud,” as there was not a course, there were no tests, and there was no oversight.

Narconon was established in 1966 as a drug rehabilitation program based on the teachings of the founder of Scientology, L. Ron Hubbard. Tenorio told Rock Center that Narconon hires recent graduates to be counselors, providing them with books and other materials that cover the teachings of L. Ron Hubbard. Staff members do not receive instruction on how to treat people with drug or alcohol addiction.

Catton stated that the Church of Scientology uses Narconon to recruit new members, though this was denied by both Narconon and the Church of Scientology. Both Catton and Tenorio are examples of this, as they both converted to Scientology after graduating the program as patients in their early 20s. He also stated that at Narconon, the goal is to advance the aims of Scientology and generate as much revenue as possible—he said he was willing to lie to potential clients, misrepresent himself and the company, and take in new staff who were not qualified in order to generate revenue and keep the facility running.

The three-six month program at Narconon costs roughtly $30,000, a program that advertises itself as non-medical rehabilitation. Treatment often includes five hours a day in a sauna for 30 consecutive days and high doses of vitamin Niacin. The deaths of Stacy Murphy, Hilary Holten, and Gabriel Graves occurred inside the Narconon Arrowhead facility within a nine month period in 2011 and 2012. All three families of the deceased are suing Narconon for negligence and wrongful death. Tenorio stated that he believes the deaths could have been avoided with the use of qualified addiction counselors on staff. While Narconon has denied wrongdoing and claimed that Catton has been involved with the anti-Scientology movement for years, Catton claims that he came out with this information in light of the deaths, his purpose for speaking out solely to save lives.

Protect your rights. Get compensated for your injuries.

If you or a loved one have paid for or stayed at one of the Narconon Facilities, you may be entitled to compensation. Complete the Quick Intake form at the top of this page or call our legal intake center at 1 (800) 438-6453 to receive your FREE case evaluation.